*ATTENTION MEMBERS!* Your health and safety is our biggest concern, in and out of your work sites. As we get more information regarding COVID-19 "The #Coronavirus", please stay informed on preventative measures you can take and what to do if you feel ill. Our business agents and staff are accessible to be of help if you have any issues at work as it relates to working in a safe environment. For information regarding COVID-19 and how to stay safe, please visit the Center for Disease Control (CDC)'s website and make sure to visit it often to get the latest information on the Coronavirus.
You can visit the CDC's Website by clicking here.

Make Your Voice Heard With Your Vote!

TEAMSTERS! TOMORROW IS ELECTION DAY! Our voice matters at the ballot box and we need to make sure that you vote. Along with the Democratic Presidential Primary, we have important races at the local, state and federal level and you need to know that your vote is a statement for workers all over the country.  If you are a registered voter in Los Angeles County and don't know where to vote, visit the Los Angeles County Registrar's website at www.lavote.net.  Don't miss this opportunity to make your voice heard! #TeamsterStrong #YourVoteIsYourVoice

For 21 years, Teamsters President James P. Hoffa had dedicated his life to being a voice for working families in our country. His hard work and resilience has ensured that our members continue to see improvements in wages and benefits earned, along with having their voice within the workplace be valued by their employers.

As the Teamsters moves forward, we know that we are able to do so thanks to the foundation that Mr. Hoffa set for us all. Thank you for all your hard work, Mr. Hoffa... #TeamsterStrong 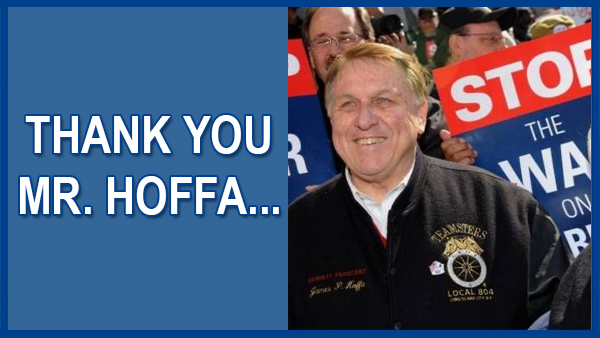 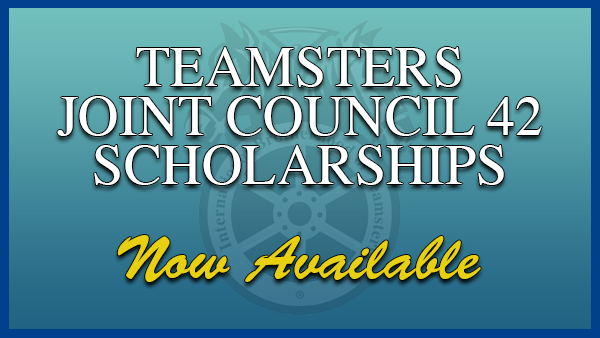 On behalf of the entire Teamsters Local 63 Family, we send our deepest condolences to the family, friends, and co-workers of our UPS Teamster Brother, Frank Ordonez. His life was cut short while fulfilling his duties as a dedicated worker for UPS and as a proud member of Teamsters Local 769. He was a father of 2 children and this tragedy has a deep impact on so many who knew him and loved him.

His brother, Roy, has setup a GoFundMe account to help pay for funeral expenses, Frank's daughters schooling and for attorney fees.
To make a donation, click here.
May you rest in peace, Brother Frank.

WASHINGTON, Sept. 15, 2019 /PRNewswire/ -- The following is a statement from Teamsters General President Jim Hoffa about the United Auto Workers' (UAW's) decision to strike at General Motors (GM) tonight.
"Teamsters and the UAW have a decades-long relationship of having each other's back. And that continues with the UAW's notification that it will go out on strike against General Motors at midnight. Our 1.4 million members stand in solidarity with the UAW and will honor their picket lines.
"We laud the UAW for its work to ensure that its GM employees are treated with respect and dignity on the job. At a time when more and more companies are downsizing and shipping jobs out of the U.S., it is imperative that unions fight for their members. Workers should be rewarded for good work with fair wages and benefits. That's what the UAW is demanding."
Founded in 1903, the International Brotherhood of Teamsters represents 1.4 million hardworking men and women throughout the United States, Canada and Puerto Rico. Visit www.teamster.org for more information. Follow us on Facebook at www.facebook.com/RepublicServicesTeamsters.
Contact:
Ted Gotsch, (202) 624-6911
tgotsch@teamster.org

Shortly after the Los Angeles County Federation of Labor, representing over 800,000 union workers in Southern California, voted unanimously for sanctions in support of a United Food and Commercial Workers (UFCW) strike, the Executive Board of Teamsters Local 63 expressed their support of the over 60,000 grocery workers who are in contract negotiations with Ralphs, Albertsons, Vons and Pavilions.

“Teamsters Local 63 proudly stand in solidarity with our brothers and sisters at UFCW, who are fighting for the wages and benefits that they deserve. Our communities depend on our grocery workers and there is no reason why they should not benefit from the profits that they help generate for the corporations who they work for.  If UFCW calls for a strike, we strongly encourage every Teamster to respect the picket line.”

The national contract will increase wages, protect benefits and create thousands of new full-time jobs. Economic improvements in the contract are retroactive to August 1, 2018. The company has been notified of the ratification and will attempt to implement required raises during the next weekly pay period.

The UPS contract includes wage increases of $4.15 per hour for both full-time and part-time workers over the term of the contract and increases the part-time start rate by $2.50 retroactively to August 1, 2018. All full-time and part-time UPS Teamsters will continue to receive health insurance for the member and their family without paying premiums. The agreement also strengthens grievance enforcement for harassment with a sitting arbitrator and monetary penalties, and a new procedure to make it easier to get on or off the overtime list.

The agreement requires UPS to create 5,000 new full-time jobs during the term of the agreement, including a minimum of 2,000 Article 43 driver jobs, and a new combination driver classification that addresses the changes brought on through the e-commerce revolution.

The Teamsters Union celebrates Women’s History Month and International Women’s Day. Every year, we commemorate Women’s History Month in March, and March 8 marks International Women’s Day. The theme of International Women’s Day in 2019 is “Balance for Better,” because a more gender-balanced world is a better world. This is a time to reflect on women’s accomplishments in our union and communities at large.
Often it’s Mother Jones or Rosie the Riveter who come to mind when we think about strong women in labor history. However, there are many more accomplished women, including Teamsters, who work every day to fight for workers’ rights. These are women who resist, press forward, lead and bring about social and economic justice. They are deserving of our respect and gratitude not just in March, but throughout the year.
Looking back to the history of our union, over a century ago, women were organizing with the Teamsters. In 1916, the union was involved in a contract for women laundry workers in Chicago, helping the workers successfully organize and create the first all-women negotiating committee. They achieved equal pay for black and white women working in the laundries.
In 1919, “equal pay for all” was a slogan within the union. The Teamsters Union has been and will continue to be a champion for equal pay, negotiating gender and color-blind contracts. Women in unions are more likely to have access to paid leave, health benefits and a secure retirement. Women of all demographics fare better economically with union representation. In 2017, union women’s median weekly earnings were $200 more than nonunion women’s.
As we honor our history, Teamsters look to the future. At the annual Teamsters Women’s Conference in Orlando in September, more than a thousand Teamsters gathered at the event whose theme was, “Dream. Believe. Achieve.” Thanks to the vision of our sisters, all Teamsters can achieve great things together for our union as we strive to uplift all workers.
The Teamsters Union is proud to honor Women’s History Month.

Teamsters Go to Sacramento in Support of Dynamex, AB 5

Teamsters from more than 15 locals unions within California Joint Councils 7 and 42 took part in a hearing and lobby day in Sacramento in support of legislation to help end misclassification.

More than 50 Teamsters joined the California Labor Federation at the Capitol to show their support for Assembly Bill (AB) 5. In April, the California Supreme Court’s landmark decision in Dynamex Operations West, Inc. vs Superior Court of Los Angeles, referred to as “Dynamex,” simplified the test for determining whether a worker is classified as an employee for minimum wage and overtime protections. Assembly Bill (AB) 5 is legislation that would codify Dynamex into state law, and make it harder for employers to misclassify their employees as independent contractors.

“Misclassification is an attempt to weaken the bargaining power of workers. Unchecked, it will contribute to ever-widening income inequality and increased corporate power,” said Doug Bloch, Political Director for Teamsters Joint Council 7.

Bloch was a panelist on the California Assembly Committee on Labor and Employment hearing titled, “Dynamex and Beyond: Understanding the Legal and Policy Landscape of Workers Misclassification in California.”

He noted that good employers who play by the rules should not be undercut by companies that misclassify their workers as independent contractors to avoid the minimum wage, payroll taxes, Social Security, unemployment insurance, workers’ compensation and more.

“We urge the passage of AB 5 to help protect and rebuild this state’s middle class,” Bloch said.